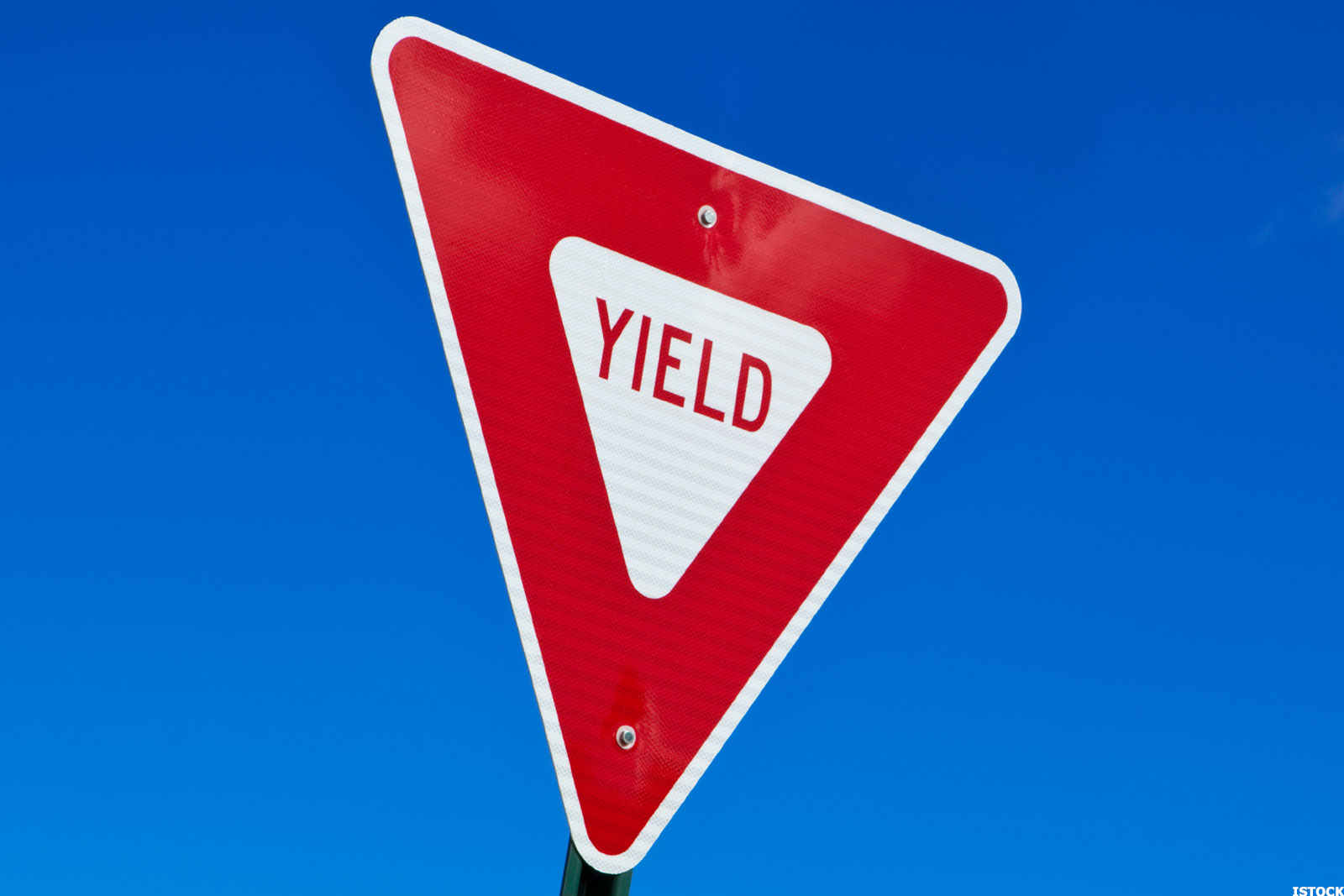 Most income-oriented investors have been caught off-guard in the ongoing bear market. Not only has excessive inflation compressed the valuation of most stocks, but it has also reduced the real value of the portfolios of investors.

Let’s discuss the prospects of three high-yield stocks, which are offering dividend yields above 5% and are attractively valued right now.

Thanks to the high dividends of these stocks, their shareholders are adequately compensated while waiting for the stock prices to appreciate.

This Stock Rings a Bell

Verizon Communications  (VZ) , which was created by the merger between Bell Atlantic and GTE in 2000, is one of the largest wireless carriers in the U.S. The company generates approximately 75% of its revenue from its wireless business and the remaining 25% from broadband and cable services.

Verizon’s network covers approximately 300 million people and 98% of the U.S. Verizon is the first of the major carriers to turn on 5G service and currently covers more than 30 million households.

Thanks to its excessive investments in its infrastructure, Verizon enjoys a wide business moat. It is essentially impossible for new competitors to match the investments of Verizon and gain market share from the company. In

Despite its dominant business position, Verizon is not a high-growth stock. Moreover, it has exhibited a somewhat volatile performance record over the last decade, with a decline in earnings in some years. Nevertheless, during this period, Verizon has grown its earnings per share by 9.8% per year on average. This is certainly an attractive growth rate, especially given the low-risk and reliable nature of the company.

Despite the exceptional growth rate of Verizon over the last decade, it is prudent for investors to expect low single-digit growth rate going forward, in line with the guidance of management. Moreover, the company is facing a headwind due to high interest rates, which are likely to significantly increase the interest expense of the company, given its somewhat high debt load.

As the Fed is determined to restore inflation to its long-term target of 2%, the headwind from inflation is likely to attenuate in the upcoming years. Given also its solid payout ratio of 50% and its resilient business model, Verizon is likely to defend its dividend without any problem and offer excessive total returns to those who purchase it at its depressed stock price.

Altria Group  (MO) was founded in 1847 and has become a consumer staples giant. It is the producer of the top-selling cigarette brand in the world, Marlboro, as well as some non-smokeable products. Marlboro has maintained a market share of about 40% for several years in a row. Altria also has large stakes in global beer giant Anheuser-Busch InBev (BUD) , Juul, a vaping products manufacturer, and Cronos Group (CRON) , a cannabis company.

Altria is negatively affected by the secular decline of the consumption of cigarettes per capita. The consumption of cigarettes per capita has consistently decreased over the last three decades. However, thanks to the inelastic demand for its products, Altria has offset the decreasing consumption with strong price hikes year after year. As a result, it has grown its earnings per share every single year over the last decade, at a 9.4% average annual rate.

Moreover, Altria operates in a highly regulated industry, which essentially eliminates the threat of new competition. In addition, thanks to its strong brands and the robust demand for them, Altria has proved essentially immune to recessions. The rock-solid business model of Altria has helped the tobacco giant grow its dividend for 53 consecutive years.

The only point of concern is the ongoing transition of the tobacco industry from traditional cigarettes to other products, such as vaping products. Altria has proved unprepared in this transition.

The company acquired a 35% stake in Juul, a leader in vaping products, for $12.8 billion in late 2018 but the timing of the acquisition of the stake has turned out to be disastrous. The transaction value was extremely high, given the sales of Juul at the time of the deal. Even worse, since the transaction, Juul has incurred several hits due to restrictions from regulators and is now facing liquidity issues. Consequently, Altria has written off nearly its entire stake in Juul.

On the bright side, Altria has absorbed these losses and has remained on its long-term growth trajectory thanks to its robust business model. The company grew its EPS by 4% in 2022, to a new all-time high. Moreover, thanks to its price hikes and its cost-cutting initiatives, Altria is likely to continue growing its EPS in the upcoming years, albeit at a slow pace.

Altria is a Dividend King, with 53 consecutive years of dividend growth. Due to the aforementioned headwind and the impact of inflation on its valuation, the stock is currently offering a nearly 10-year high dividend yield of 8.2%, with a payout ratio of 78%. While this payout ratio may seem high at first sight, it is normal for this company, which has always targeted a payout ratio of about 80% thanks to its reliable cash flows.

Thanks to its resilient business model, Altria is likely to continue raising its dividend for many more years. Therefore, income-oriented investors should lock in the 8.2% yield of Altria before it reverts towards normal levels.

Northwest Bancshares (NWBI) was founded in 1896 in Bradford, Pennsylvania. It is a bank holding company that offers a complete line of personal and business banking products, including employee benefits, investment management services, and trust. Northwest Bank is the leading subsidiary of Northwest Bancshares, with 162 branches in central and western Pennsylvania, western New York, eastern Ohio, and Indiana.

Northwest Bancshares has exhibited a volatile performance record. For instance, the bank failed to grow its EPS between 2013 and 2016 but grew its bottom line at a double-digit rate between 2017 and 2019. During the last decade, the company has grown its EPS by 6.6% per year on average.

It is important to note that Northwest Bancshares has proved more resilient than most banks during recessions. In the Great Recession, when many banks incurred severe losses and cut their dividends, Northwest Bancshares incurred just a 32% decrease in its EPS and defended its dividend. It also recovered strongly from the worst financial crisis of the last 90 years.

Northwest Bancshares was hit by the coronavirus crisis, incurring a 40% plunge in its EPS in 2020. However, it recovered strongly in 2021, when it essentially doubled its EPS, from $0.62 to an all-time high of $1.21.

Moreover, Northwest Bancshares currently enjoys a strong tailwind thanks to the aggressive interest-rate hikes implemented by the Fed. Higher interest rates greatly enhance the net interest margin of banks, including Northwest Bancshares. In the most recent quarter, the company grew its net interest income 15% over the prior year’s quarter. It is also expected to report its second-best EPS in its history for 2022. The bank was not able to match its record performance in 2021 due to the non-recurring reversion of provisions for loan losses amid a strong economic recovery in 2021.

Northwest Bancshares has grown its dividend for 12 consecutive years and is currently offering a nearly 10-year high dividend yield of 5.7%. Given its decent payout ratio of 73% and its solid balance sheet, the company is likely to continue raising its dividend for many more years.

Bear markets are painful for the vast majority of investors but they also provide great opportunities to buy stocks with solid fundamentals at bargain prices. The above three stocks are offering exceptionally generous and reliable dividends and hence investors should lock in their yields before they revert to more reasonable levels.

(Verizon is a holding in the Action Alerts PLUS member club. Want to be alerted before AAP buys or sells this stock? Learn more now.)