If the consumer price index rallies the market on Thursday — and that is a big if — then I wonder if it’s still too soon for some of those strategists who called for a down first half of the year and an up second half to change their views. It’s probably too soon, but it surely will be interesting to watch.

I can sense sentiment turning. Sure, it’s anecdotal, but we also have statistics. Let’s start with the anecdotal though. Meme stocks. You know when those “cult” stocks rally, folks are feeling much better about the market, right? And they rallied hard on Wednesday. Also big-cap tech finally rallied and we all know that when tech rallies, folks feel better.

The Investors Intelligence bulls notched up five points this week — and that was before we rallied this week — to 41.4%. That is still under the 45% we saw in August, but the shift is underway.

The bears must be hibernating since they slipped one to 32.9%. I fully expect the American Association of Individual Investor Sentiment poll released on Thursday morning to show an increase in bulls this week.

Finally, the ISEE Equity call/put ratio jumped to 1.64. This is the highest reading since it was 1.80 on Sept. 9. So we know there is a change in sentiment taking place.

Now let’s talk about the breadth. It remains good, although Wednesday’s pace slowed a bit. For example, using volume we saw the S&P rise 27 points on Tuesday and up volume was 76% whereas Wednesday’s 50-point rise in the S&P saw up volume slip to 71%. Monday’s reversal even had 61% of the volume on the upside to give you a comparison.

The good breadth means the McClellan Summation Index is still rising and it has a good cushion (bullish). It now needs, however, a net differential of negative 4,700 advancers minus decliners on the NYSE to halt the rise. You can see from the chart it is getting overbought. 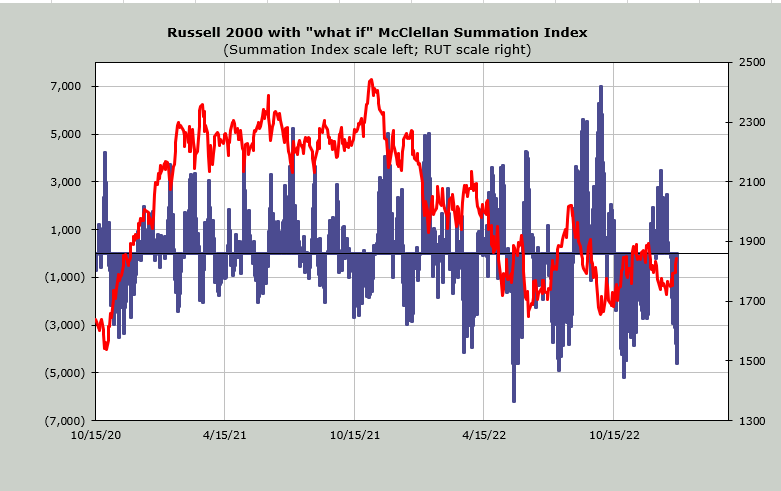 If we do the same exercise for Nasdaq, only here I prefer to use volume, the same situation is present. It would require a net differential of negative 7.7 billion shares (up minus down volume) to halt the rise (bullish), but, here too, you can see it tends to mean we’re overbought. 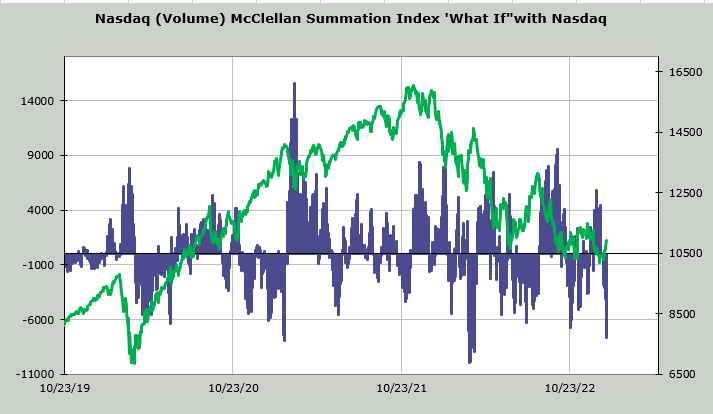 My own Oscillator still has another day before it reaches an overbought reading, but one glance at the chart and you can see it is no longer in the middle of the page but kissing the upper reaches.

I am surprised to report that the number of stocks making new highs has tailed off. Two days ago the NYSE had 100 new highs and Wednesday there were only 81. I really thought this would be over 100 by now. 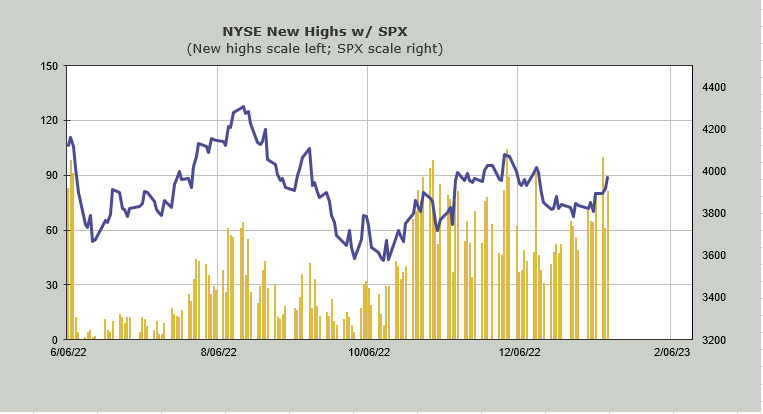 Nasdaq’s highs are at 130, but Nasdaq itself is still far below the December peak. Either way, new highs were expanding nicely earlier in the week and Wednesday was a bit more sloppy. 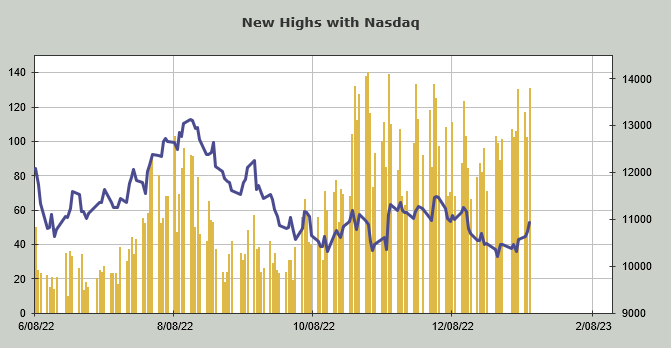 One final note is that the Daily Sentiment Indicator (DSI) for the VIX notched up to 16 (from 14 the prior day), likely because the VIX was green on the day. I still think, especially if the market rallies from the CPI data, that we are likely to correct or pull back next week.