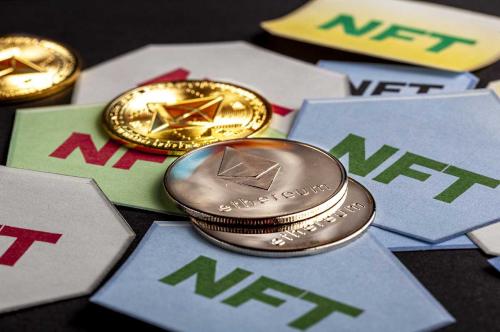 Washington—The Securities and Exchange Commission continues to make cryptocurrency-related enforcement a top priority under Chair Gary Gensler, bringing 30 enforcement actions against digital-asset market participants in 2022, up 50% from the 20 actions brought in 2021 and the highest number since 2013, according to a Cornerstone Research report released today.

The report, SEC Cryptocurrency Enforcement: 2022 Update, found that the SEC brought 24 litigation actions in U.S. federal courts and six administrative proceedings in 2022. The number of litigations particularly increased from 14 the previous year. According to the report, which is based on data from Cornerstone Research’s Cryptocurrency Enforcement Database, in 2022 the SEC also issued two delinquent filing orders, two follow-on actions, and one stop order pursuant to Section 8(d) of the Securities Act.

“The SEC has sharpened its focus on cryptocurrency lending and trading platforms and decentralized finance platforms. As Chair Gensler has noted, the ‘runway is getting shorter’ for crypto intermediaries to register with the SEC. This could lead to more enforcement actions coming from the SEC.”

“Under Chair Gensler, the SEC has sharpened its focus on cryptocurrency lending and trading platforms and decentralized finance platforms,” said Simona Mola, the report’s author and a principal at Cornerstone Research. “As Chair Gensler has noted, the ‘runway is getting shorter’ for crypto intermediaries to register with the SEC. This could lead to more enforcement actions coming from the SEC’s Crypto Assets and Cyber Unit, which recently expanded its workforce to investigate securities law violations in the crypto markets.”

Of the 30 total enforcement actions in 2022, 14 involved initial coin offerings (ICOs), and over half (57%) of these ICO-related actions included a fraud allegation. In addition, the SEC brought first-of-their-kind charges in 2022 in the cryptocurrency space related to insider trading and market manipulation.

“Based on its implementation of the U.S. Supreme Court’s Howey test, the SEC continues to pursue actions alleging that tokens issued in ICO-related unregistered securities offerings were investment contracts subject to SEC regulation and enforcement.” said Abe Chernin, a Cornerstone Research vice president and cohead of the firm’s FinTech practice. “We have observed an increase in assistance to the SEC from outside agencies and organizations during crypto-related investigations under the Gensler administration.”

Since its first cryptocurrency-related enforcement action in 2013 through the end of 2022, the SEC has brought 127 enforcement actions, including 82 litigation actions and 45 administrative proceedings against digital-asset market participants.

Over the same period, the SEC has imposed approximately $2.61 billion in total monetary penalties, of which $242 million were settlements the agency reached in 2022.