Bitcoin price witnessed increased volatility in the last seven days (since January 16) driven by a mix of factors, including trader sentiment, Bitcoin velocity, and various technical indicators, like the MVRV and RPV ratios.

According to data from technical indicators, the enthusiasm among bulls is on a decline and the asset is currently overvalued. Bitcoin’s bull run is in jeopardy, unless positive sentiment among BTC holders drives the cryptocurrency’s price higher.

Also read: Bitcoin, Ethereum, XRP and Cardano have more meat on the bone, rank in undervalued assets in 2023

Have Bitcoin bulls lost enthusiasm, according to MVRV and RPV ratios?

The MVRV ratio, or Market Value to Realised Value ratio, is a useful metric for gauging the current price of Bitcoin relative to its historical value. It takes into account the total market capitalization of Bitcoin, as well as its realized capitalization, which is the price that investors have actually paid for their Bitcoin. 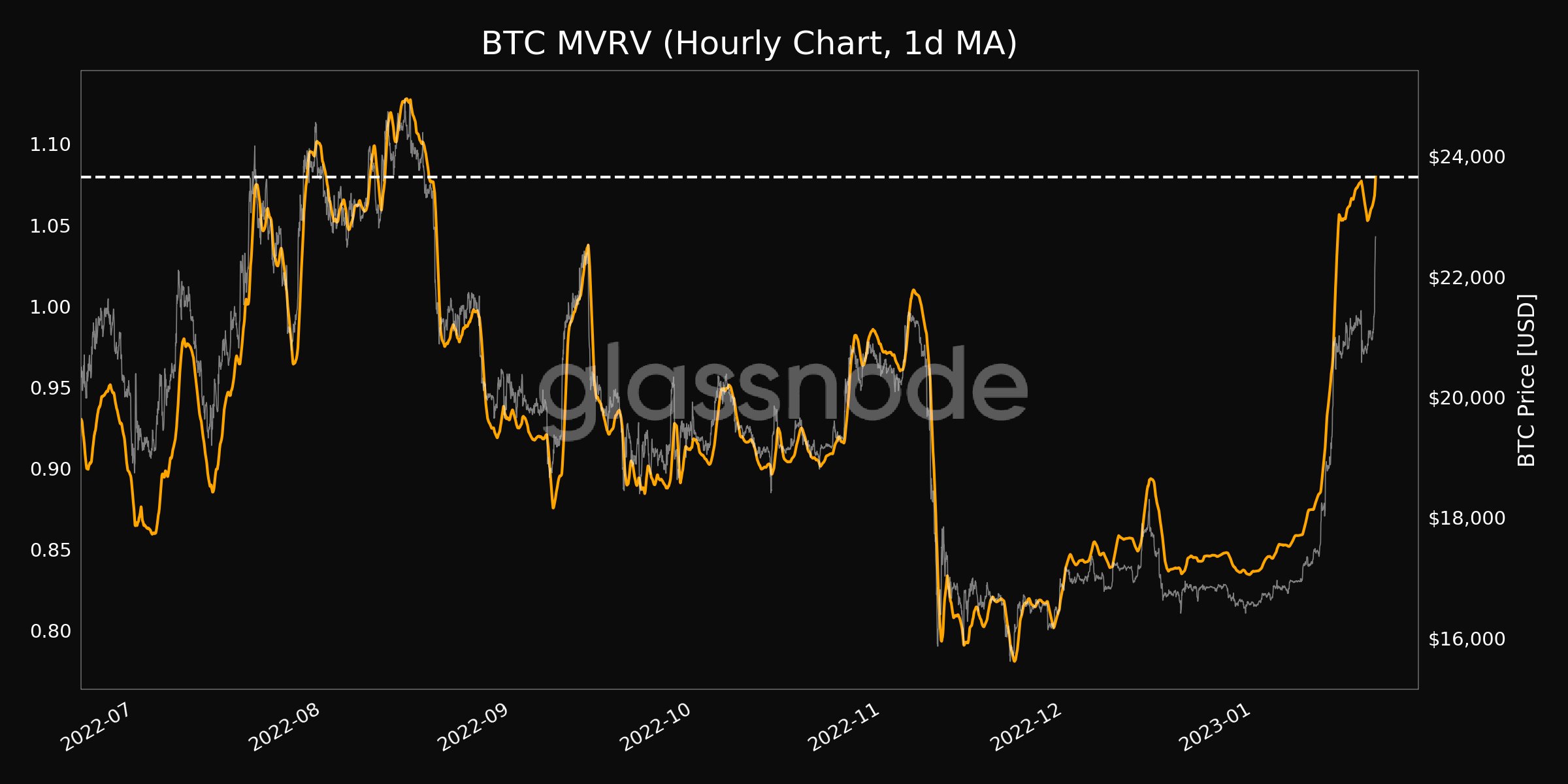 Bitcoin’s Profits-to-Value Ratio (RPV) declined significantly over the last seven days. This ratio compares profit-taking in the market against the valuation of the Bitcoin network and suggests enthusiasm for the BTC bull run has declined. 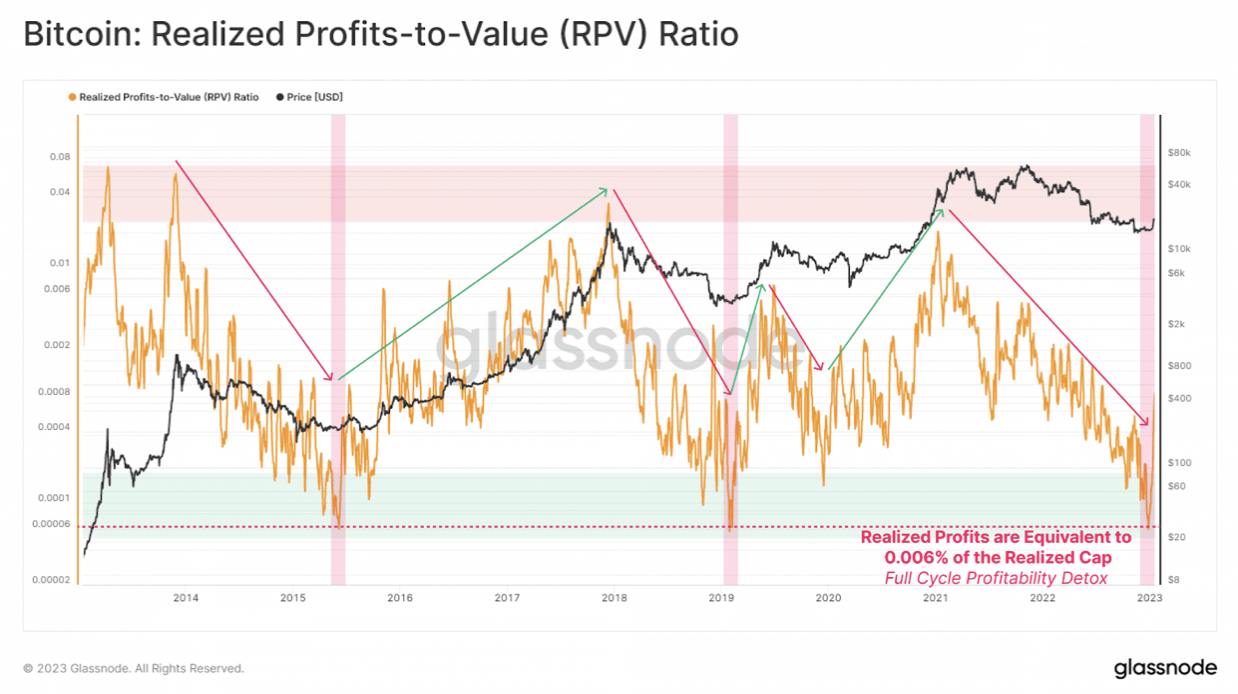 The two technical indicators suggest that the BTC bull run is likely in jeopardy. In addition to the MVRV and RPV ratios, Bitcoin velocity is another important indicator of the current market sentiment.

Finally, the overall trader sentiment is also highly influential in determining the current value of Bitcoin. When the sentiment among traders is positive, the narrative is bullish and it is likely to drive demand for the asset. According to data provided by Coinglass, 51.2% of all open positions were long on Bitcoin. This implies that traders are still optimistic about the future of Bitcoin and believe that it will continue to rise in value.