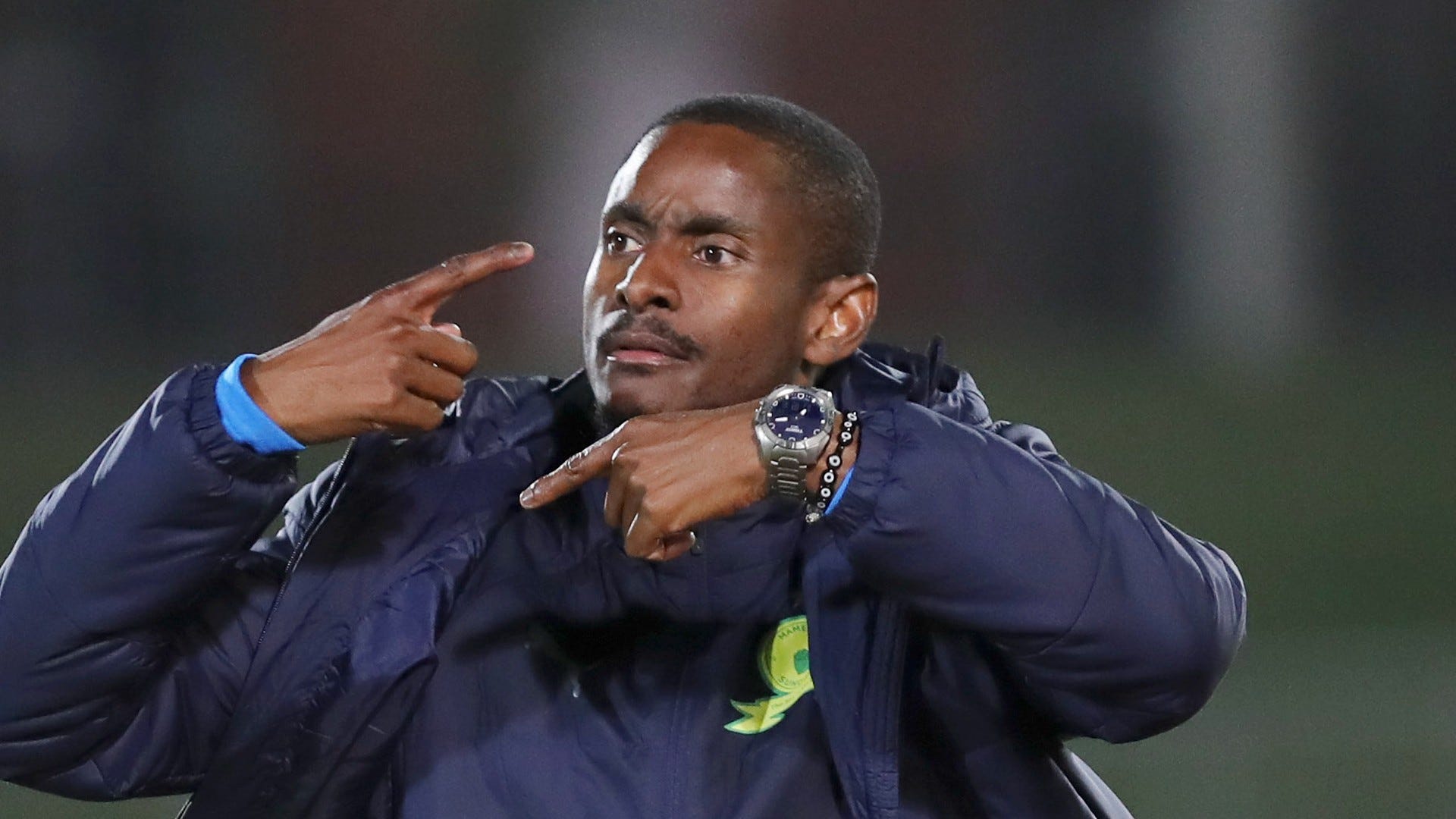 Mamelodi Sundowns head coach Rhulani Mokwena insisted that his side’s encounter against TS Galaxy was one-sided on Tuesday, despite the score.

WHAT HAPPENED? The Brazilians claimed a narrow 2-1 win over the Rockets at Mbombela Stadium and it was also a record-extending 13th successive victory in the PSL.
Goals from Rushine de Reuck and Peter Shalulile earned Sundowns the win with Junior Traore grabbing a late consolation goal for Galaxy.
Mokwena was asked to provide his thoughts on Masandawana’s hard-fought win over the Rockets and he made it clear that he feels that his side dominated the entire game.

WHAT DID MOKWENA SAY?: No, I don’t think so, I think it’s clear only one team on the pitch,” Mokwena told SuperSport TV.

THE BIGGER PICTURE: Sundowns have opened a 19-point lead at the top of the PSL standings following their win over Galaxy.

However, second-placed Richards Bay have two games in hand as the KwaZulu-Natal side enjoys its fairytale debut season in the top flight.

Masandawana have 11 games left as they work towards clinching a sixth successive PSL title.

WHAT IS NEXT FOR SUNDOWNS? The Brazilians are scheduled to host Sekhukhune United at Loftus Versfeld Stadium on Saturday.

The two teams have played each other three times in the PSL with Sundowns winning two matches, while the game ended in a draw.

Who is South Africa’s greatest export?

Results will be shared soon.

Who is South Africa’s greatest export?