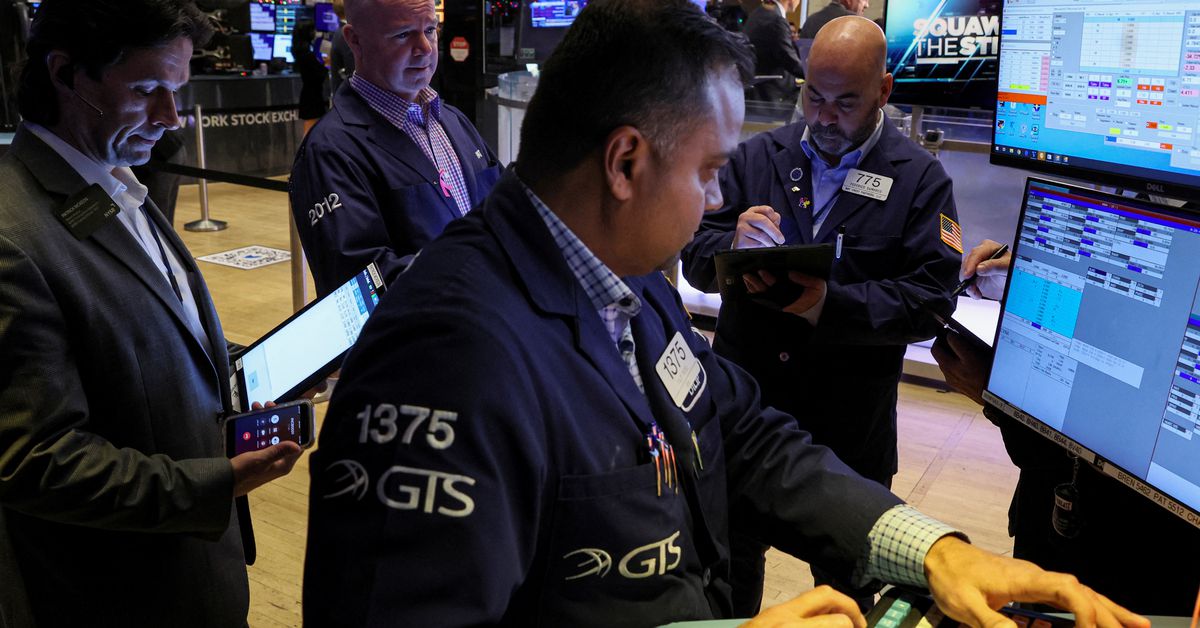 NEW YORK, Jan 24 (Reuters) – The S&P 500 ended nominally lower on Tuesday at the close of a rocky session marked by a raft of mixed earnings and a technical malfunction at the opening bell.

A spate of NYSE-listed stocks were halted at the top of the session due to an apparent technical malfunction, which caused initial price confusion and prompted an investigation by the U.S. Securities and Exchange Commission (SEC).

More than 80 stocks were affected by the glitch, which caused wide swings in opening prices in dozens of stocks, including Walmart Inc (WMT.N) and Nike Inc (NKE.N).

“Some of the prints were clearly bad,” Ghriskey added. “It was a surprise. Unexpected.”

The Nasdaq joined the S&P 500 in negative territory, while the Dow ended modestly higher.

Fourth quarter earnings season is in full swing, with 72 of the companies in the S&P 500 having reported. Of those, 65% have beaten consensus, just a hair below the 66% long-term average, according to Refinitiv.

On aggregate, analysts now expect S&P 500 earnings 2.9% below the year-ago quarter, down from the 1.6% year-on-year decline seen on Jan. 1, per Refinitiv.

“The Fed will take apart earnings reports and look at how the economy is doing, given the rate hikes and other issues out there,” Ghriskey said. “We’re getting closer to that point where the Fed sees enough progress in the inflation fight to stop the (interest) rate hikes and that’s why the markets have reacted positively lately.”

Economic data showed shallower-than-expected contraction in the manufacturing and services sector in the first weeks of the year, suggesting that the Federal Reserve’s restrictive interest rates are dampening demand.

Among the 11 major sectors of the S&P 500, industrials suffered the biggest loss.

Alphabet Inc (GOOGL.O) shares dipped 2.1% after the Justice Department filed a lawsuit against Google for abusing its dominance of the digital advertising business.

Aerospace/defense companies Lockheed Martin Corp (LMT.N) and Raytheon Technologies Corp (RTX.N) were a study in contrasts, with the former issuing a disappointing profit forecast and the latter beating estimates on solid travel demand.

Lockheed Martin and Raytheon were up 1.8% and 3.3%, respectively.

Advancing issues outnumbered declining ones on the NYSE by a 1.01-to-1 ratio; on Nasdaq, a 1.17-to-1 ratio favored decliners.

Volume on U.S. exchanges was 10.58 billion shares, compared with the 10.61 billion average over the last 20 trading days.